The AV Medium: How it All Started and Where it is Going 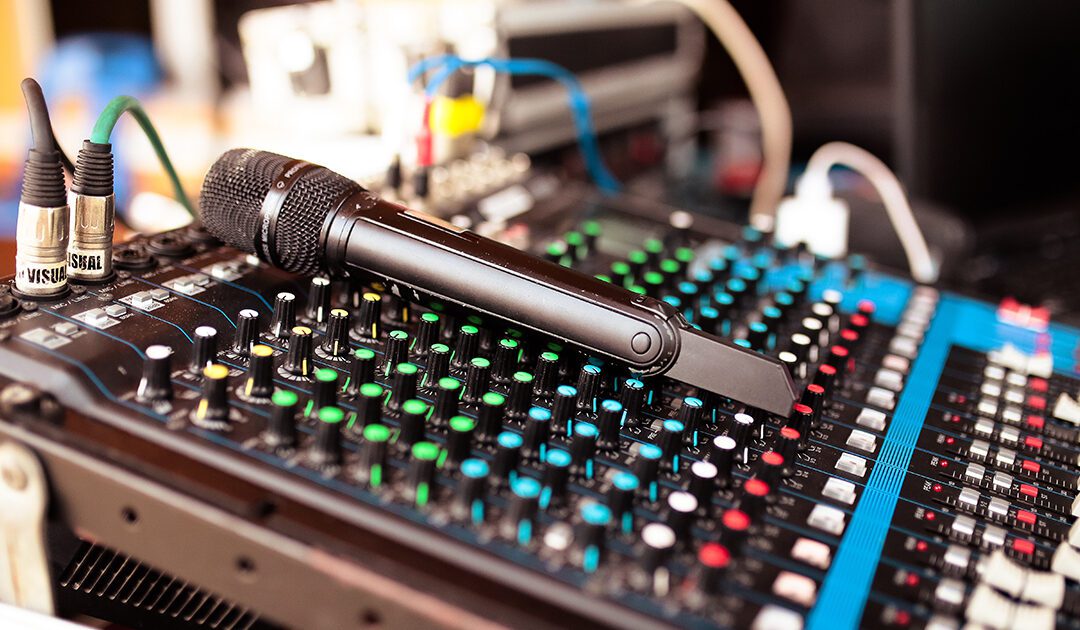 The world within our reach

Is it possible to imagine a world without TV shows, movies, or video-sharing platforms like YouTube? No! Videos are everywhere. They surround us. They feed us with information and fuel our imagination. We are made aware of our planet through documentaries made by video production companies. Places exotic and wild come within arm’s reach, thanks to the efforts of the countless people involved in this industry.

Our perception of the world has changed ever since videos came into existence.

This is the power of the audio-visual medium – the undisputed mover of mass opinion! It is now the bridge that connects different corners of the world.

But all this didn’t happen in a day. It took the audio-visual medium more than a century to reach where it stands now. In this part of our series of articles, we will take a look at how the video evolved over the last century or so.

The journey starts with a photograph

Humans have been tinkering with the idea of capturing memories of something tangible since antiquity. Then, in 1816, a talented Frenchman, Joseph Nicéphore Niépce invented the still camera. It took him 11 more years to perfect his device and take the first photo ever – a simple view from the window of his home at Le Gras, France.

Two years later, in 1829, he partnered with another Frenchman, Louis-Jacques-Mande Daguerre to come up with a process to reduce exposure time and make capturing images more practical. We got the Daguerreotype thus. Things moved on with the still camera until someone decided it was time to start capturing moving images.

A horse in motion

In 1878, English photographer Eadweard Muybridge came up with an ingenious way of capturing and reproducing images of animals in motion. Erstwhile California Governor, business tycoon, and the founder of Stanford University, Leland Stanford wanted to prove to the world that when horses gallop, they had all four feet in the air for the briefest of moments. Stanford employed Muybridge to photograph his horse, Sallie Gardner, in motion.

Muybridge devised a mechanical contraption to operate the shutters of a battery of 12 cameras sequentially so that each shutter opened for no more than 1/1000th of a second. History was created as Muybridge captured Sallie Gardner in motion in a series of 12 photographs and Stanford won his bet.

The images could be seen using a device known as the zoopraxiscope, a hand-cranked device that many believe to be the precursor to early projection devices. Muybridge would go on to publish his magnum opus – Animal in Motion – an 11-volume compilation of more than 100,000 photographs of moving animals.

Jump to 14th October 1888, and we see French inventor Louis Le Prince record the Roundhay Garden Scene in Leeds, England. Around the same time, Thomas Edison invented the Kinetograph – a motion-picture camera, and the Kinetoscope – a peep-hole viewer of motion pictures; although much of the work was done by his laboratory assistant William Kennedy Laurie Dickson.

Prince disappeared mysteriously in 1890 amid a lot of controversies that saw Prince’s wife levelling charges against Edison. Four years later, on 7 the January 1894, Edison had his employee Fred Ott sneeze in front of his Kinetoscope. The captured motion picture was copyrighted and is now known to the world as Fred Ott’s Sneeze.

Towards the end of the 19th century, Two French brothers, Louis and Auguste Lumiere had been hard at work trying to build their version of the motion picture camera and projection device setup. They ended up inventing the Cinematographe, arguably a more user-friendly device than Edison’s inventions. They held the first-ever commercial movie screening on 28th December 1895 at the Grand Café, Paris. The silent movie era had started.

The Jazz Singer, released in 1927, was the first feature-length movie to make use of new technology to add voice to motion pictures – synchronised dialogue. Soon the silent movie era began to dwindle and by the early 1930s, it had all but ended in the United States. European movie makers did try to fend off the onslaught of the ‘talkies’ a bit longer than their US brethren. But they too had to give in soon.

In the meantime, a talented British photographer and inventor by the name of George Albert Smith had come up with a technique of adding colour to motion pictures in 1906. He called his invention the Kinemacolor. The Kinemacolor would soon pave the path for a new wave of movies and evolve into what we now know and love as cinema.

When Scottish inventor John Logie Baird transmitted a grainy, flickering image across a few feet using his latest invention in 1924, the era of the television was born. By the 1930s, the cathode-ray tube-based TV sets had replaced their more mechanical predecessors.

By the 1950s, the TV had begun to make its way into the common households of the western hemisphere. The sixties introduced satellite TV and the seventies ushered the colour TVs. By the eighties, TV sets were everywhere across the globe.

Computers followed their trajectory of development, parallel to motion picture capture, and what we have now is an amalgamation of technologies. The marriage of computer science, telecommunications, and motion picture technology has culminated in what we know as the modern audio-visual medium.

As things stand, we are immersed in a world of information constructed by the audio-visual medium. Video production companies are busy night and day inventing new ways to appeal to our senses. Virtual reality is possibly the most innovative of them all. The writing is on the wall: one, who can create a compelling audio-visual presentation, controls people’s minds.

Social Media Influencer is a term we hear quite often these days. These Influencers are people, who make good use of videos to connect with a large number of followers at once. Needless to say, their influence is immense and their efforts mint them money!

Countries, corporates, and non-profits – all continue to benefit from this one potent tool: the audio-visual medium. Yes, there are instances of misuse of the medium. But which invention of man hasn’t seen its dark days? The world has become a more connected place, thanks to all the video production companies operating across the globe.

Since the advent of the video, humans have only come closer to build a stronger global community. Yes, there will always be differences and people won’t always agree. But generally speaking, the audio-visual medium has been a boon for the human race.